Purple is the colour of royalty because it is rare in nature and was once quite expensive to create as a dye. It evokes luxury and decadence, and therefore also pomposity and conceit. During the Roman era, Emperors wore purple. There is a similar association in Japan, where the colour is linked to wealth and position. I wouldn’t say I feel particular opulent when wearing purple, but now that I think of it, it’s not really a colour that can fade into the background, the way some other colours on the cool end of the spectrum can. 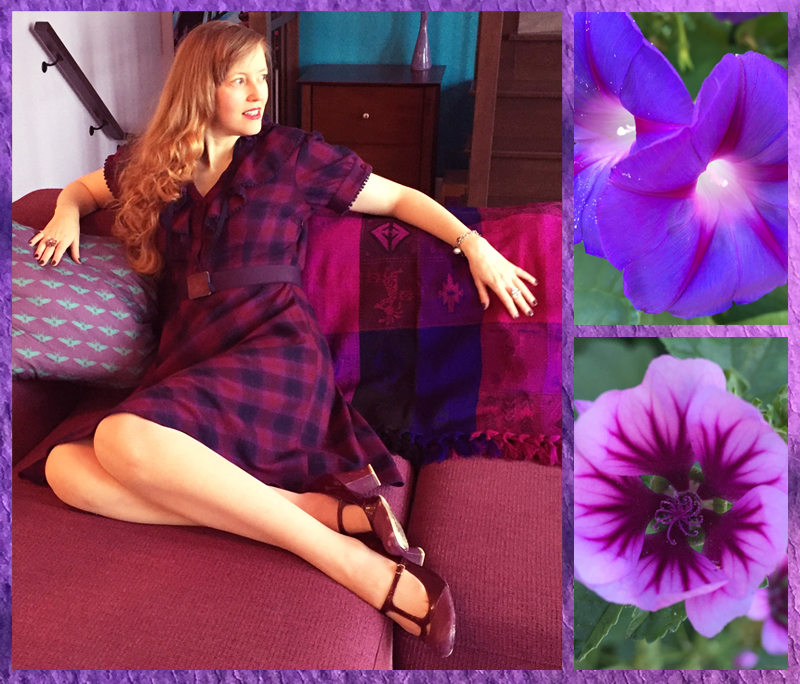 I’ve learned it’s a rather divisive colour, and people either love it or hate it. It’s difficult for me, as someone who loves all colours, to understand anyone hating a particular hue, but I have a coworker who absolutely despises purple, to the point where it’s practically one of her defining characteristics, which is perhaps ironic since she’s the most “blingy” person I know. 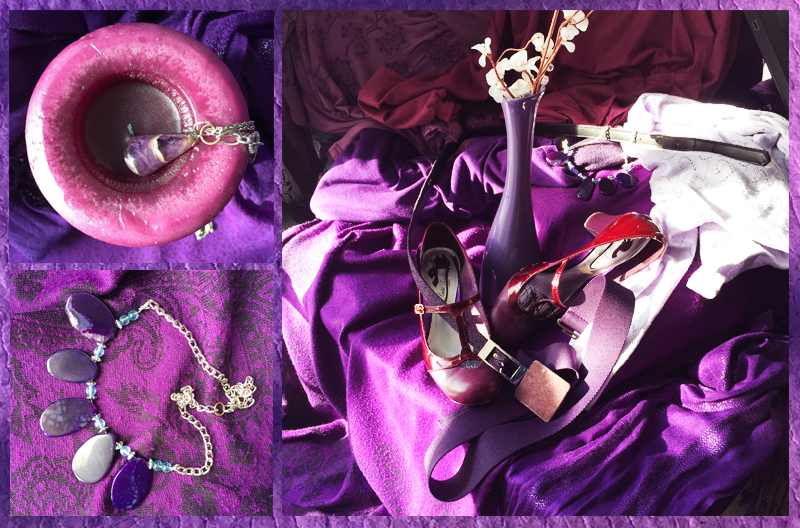 Purple is also considered a girly colour nowadays, I guess because of lavender and violet’s proximity to pink. But this is sort of weird, since purple is equal parts red and blue, so it could just as easily be labelled a masculine colour. Whatever, modern toy marketers, your gender biases are arbitrary and detrimental. That having been said, my favourite pony is Twilight Sparkle, but that’s not because of her colour scheme. 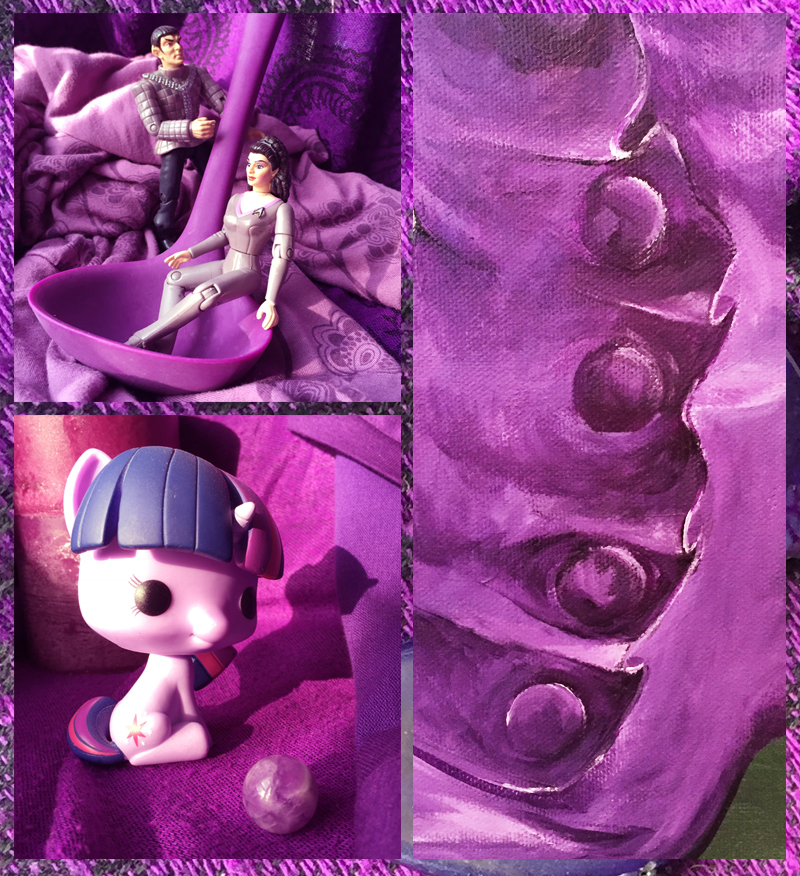 When I was a child we had a lilac tree in our front yard. There was something very romantic about that tree to me, and it made me feel like I belonged in the same world as Anne of Green Gables. Unfortunately this feeling was always brief, since the tree’s bloom only lasted a few weeks, but perhaps its ephemeral nature was part of the appeal.