If you read my post on turquoise, you know colour perception can be subjective and ambiguous. I decided to make turquoise a separate Colour Theory category from both blue and green because of a particular dress I owned that turned out to be divisive in terms of what colour people perceived it to be. The exact same thing has happened with purple and burgundy, so I’ve created a board for plum. 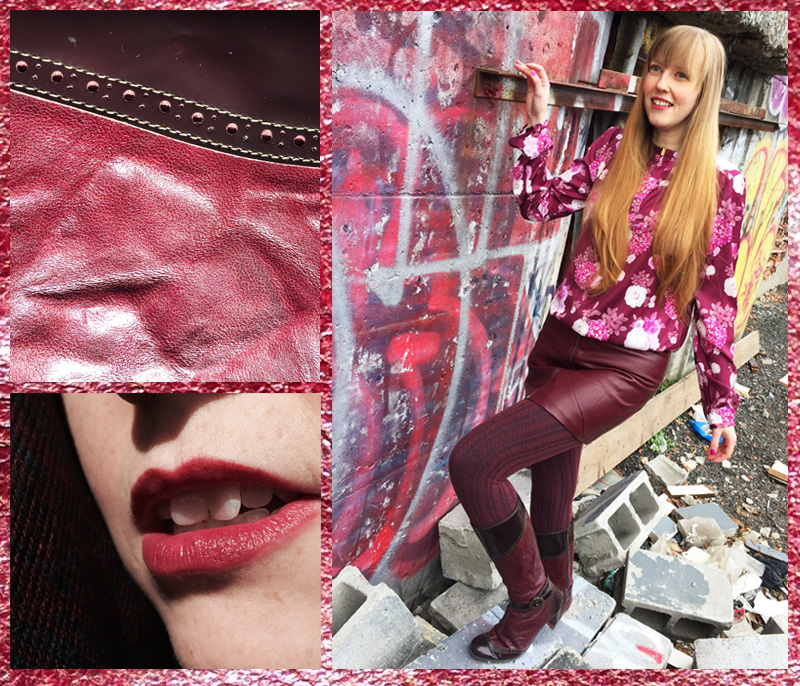 One day, at work, I wore the outfit pictured above. In my mind the main colour displayed was burgundy, but I got called “purple lady” and was accused of dressing like a grape. Interesting, I thought. Then, months later, as I was mentally preparing to write this blog post, I went in to work in an outfit that to my mind was decidedly purple, and another coworker commented that she liked my maroon outfit. Clearly there is a very fine line between purple and burgundy. You could argue that there is a fine line between any two colours that sit next to each other on the spectrum. The word spectrum itself defines a continuum. But I’ve chosen to write an entire post about plum because the line between purple and burgundy seems to be particularly fine. I’m not even sure the word “plum” is the right one to use. Unlike turquoise, there doesn’t seem to be a definitive name for the colour(s) between purple and burgundy. Fuschia and magenta could fall within this range, but they have more of a pink, rather than red influence, so for the purposes of this exercise, plum will have to do.

As I was creating my plum photo collage, I struggled to decide what belonged in the purple camp, what was more maroon, and what plum really meant. What do you think of my choices? Do you think plum even deserves its own category? If plum does, doesn’t indigo? After all, indigo (midway between blue and purple) is an actual colour on the spectrum, so why not give it equal treatment? Well, the answer, for me, is that no one’s ever accused me of wearing blue when I thought I was wearing purple, and vice versa. 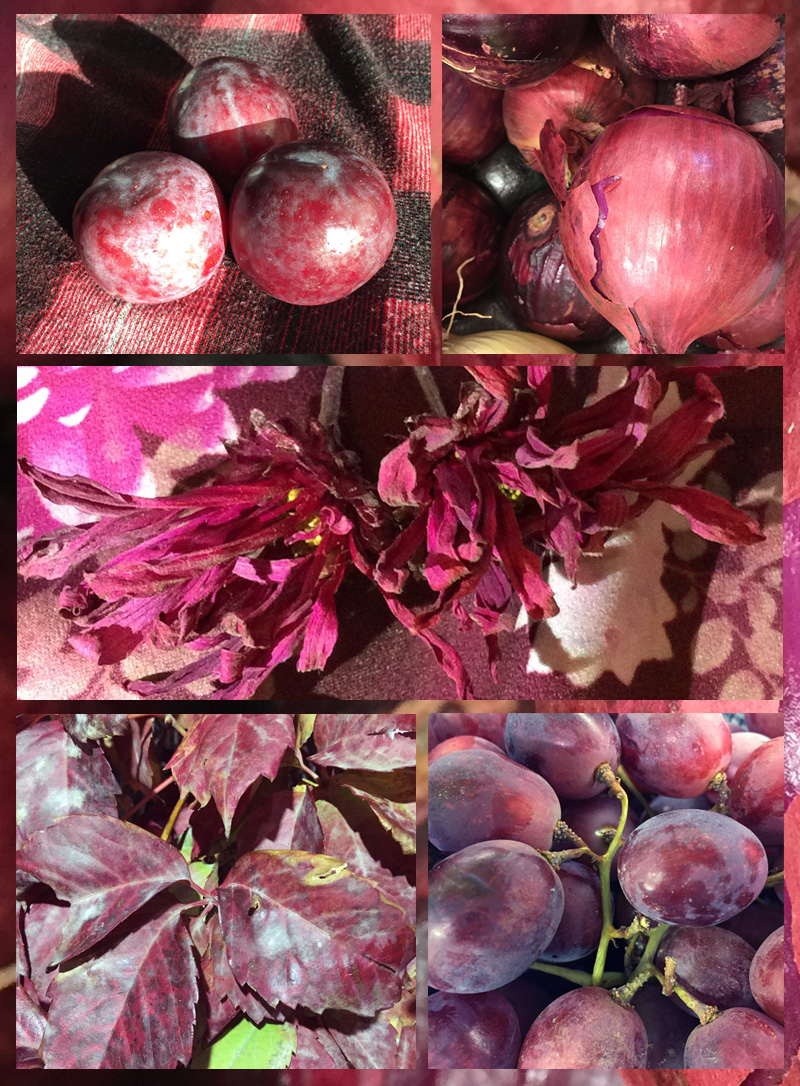 Interestingly, as I was scouring my neighbourhood for plum objects I discovered that a lot of foods fall into this colour range. Plums obviously, but also grapes, onions, beets, eggplant, and blueberries when smooshified. So perhaps plum, as a colour, is symbolically indicative of health and vitality, while also conveying depth, and brooding moodiness. It doesn’t really know what it wants to be, and refuses to be pinned down, but is also plentiful in nature. Plum: an enigma, wrapped in a smoothie.