I really should clean up my room. I should dust and vacuum and organise. But I can’t get motivated to do it. Maybe when school starts.

Yeah, ’cause I certainly would have felt more motivated once under the oppressive and stressful burden of high school. *eye roll*

Writing in this diary makes me sad. It makes me think too much. I don’t want to wonder, I just want to dream.

So what else is new?

Crystal went skydiving Sunday. I really want to skydive. I always wanted to. Until now it wasn’t attainable, but Crystal’s boyfriend does it a lot and took her and if mom would let me he could take me too. I really wish she would let me go (and give me the money). If only she knew how much it means to me. It would be a dream come true. A reason go on living. Why is life so expensive?

Wow, settle down. It’s skydiving, not winning a Pulitzer. 25 years later and I still haven’t gone skydiving but that’s because I’ve gotten over this “dream”. I’ve always really liked heights and the idea of flying which is where the skydiving obsession came from. I got over it after I went on a hot-air balloon ride, which was another of my sky dreams, and it was such an immense letdown that it squashed any other sky related dreams I had. Some things are better left in our imaginations. Also hilarious that obsessed as I was I wasn’t willing to pay for it myself. *eye roll*

There are a lot of things I want to write in here but I can’t. I don’t know how to transform these shot-thoughts into words. I can’t write that fast, or well.

Peace and long life, Live long and prosper. Yager out.

I even drew a hand doing the Vulcan salute. Perhaps this is when my interest in Vulcans began. I spent most of my life idolizing this fictional race and trying to suppress my emotions, and it’s only recently that I’ve realized how much harm this willful suppression has caused me over the years.

P.S. I like tutoring Kelly. I want to be a teacher (if I can’t be an artist…)

Thank god I never pursued that idea. I would have been a terrible teacher. Being forced to train various people at various tasks in work settings has taught me that I’m absolute shit at imparting knowledge to others. I get needlessly frustrated when people don’t easily catch on to what I’m getting at. A flaw I get from my father I suspect. “I learned it by watching you!!!” 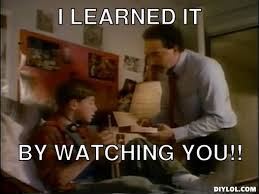