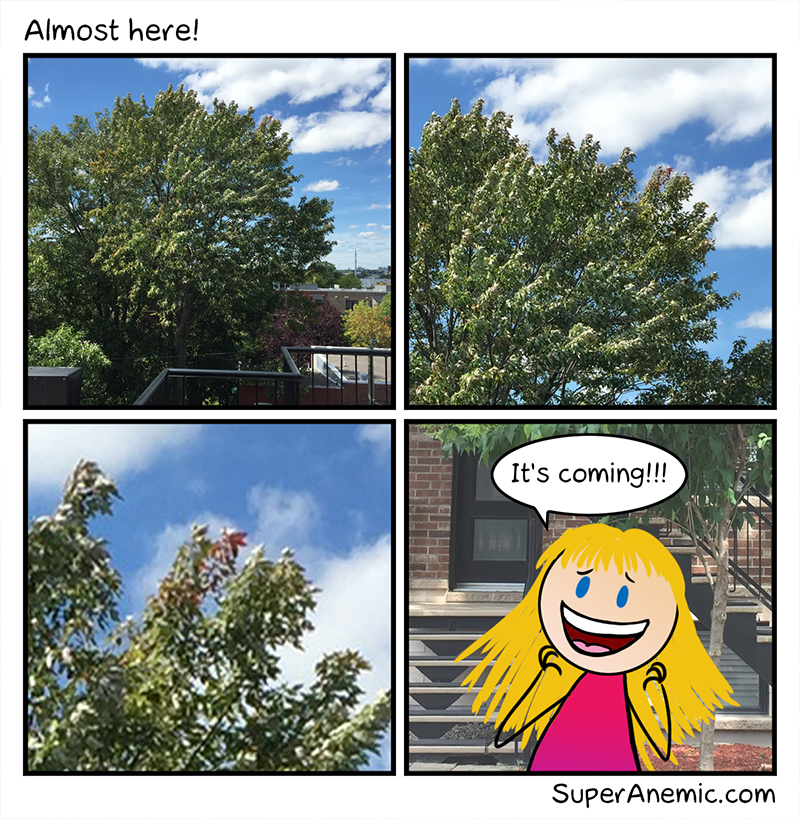 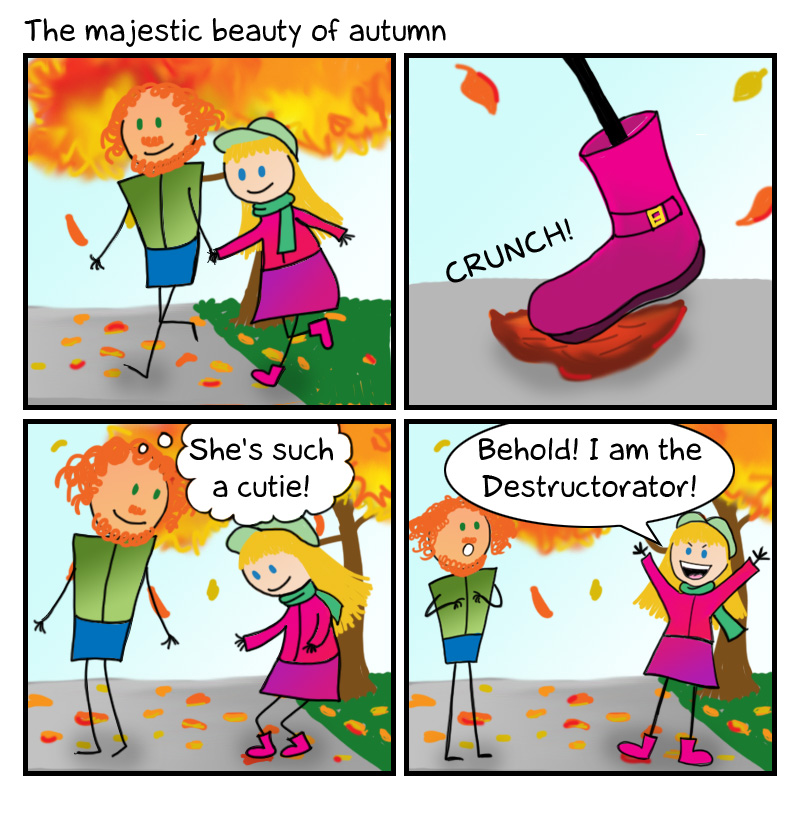 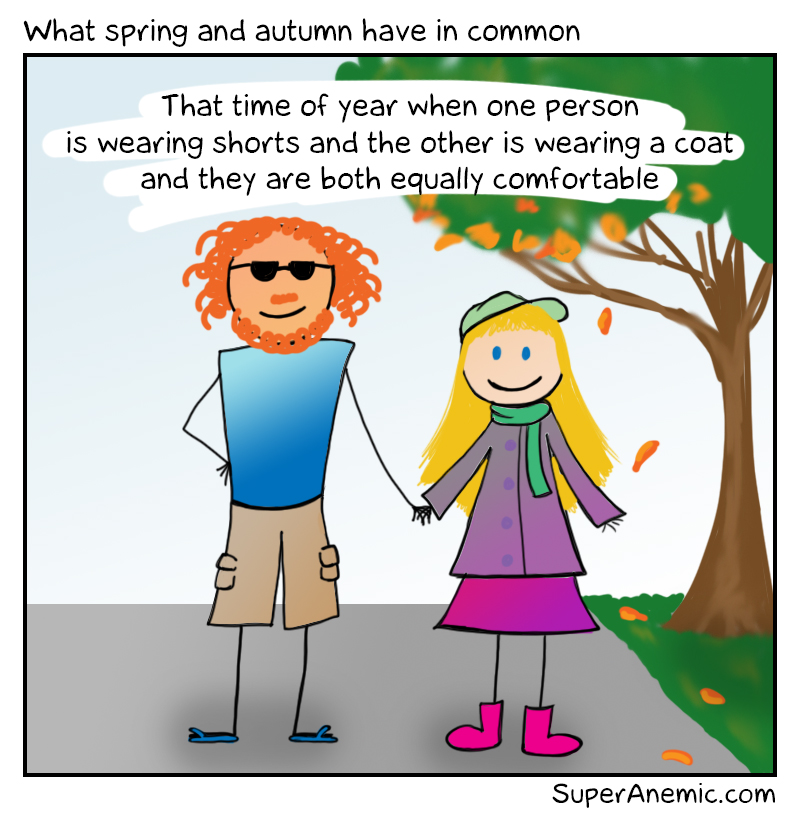 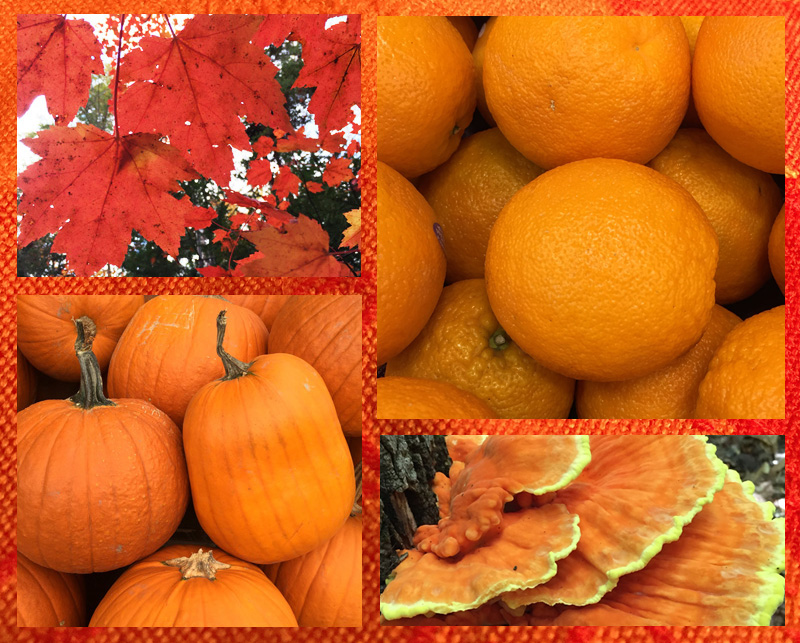 Orange is the colour of joy, optimism, and cheerfulness. It is youthful without being infantilizing and warm without being hot. Apparently orange also stimulates the appetite which is no doubt why it’s often used in decor within fast food restaurants. I imagine many children have asked themselves why oranges, the fruit, are named after the colour, while strawberries are not called reds, and bananas are not called yellows. But in fact, the colour orange is named after the fruit. In the before times, the colour was called yellow-red, and the word orange as we now know it came into use in the 16th century. It was derived from the Sanskirt naranga, which literally means “orange tree”.

Orange is also the colour of autumn, and of the 1970s, so even though an autumnal palette simultaneously evokes warmth and the crispness of fall, it can also cause traumatic flashbacks to shag carpeting, brutalist architecture, and questionable fashions.

Where I live, in Montreal, there is a metro station called Lionel-Groulx, which opened in 1978. This explains why the floor is patterned in circles of varying shades of orange. It is extremely trippy to look at and can even cause vertigo if you stare at it for too long, which you will because it is so mesmerizing. For my orangespiration board I brought Casimir, the French dinosaur from the ’70s, to Lionel-Groulx for a photo shoot and no pairing has ever felt more natural. But let’s not assume orange must remain in the ’70s, where it was deployed for evil. Orange is undeniably fun but can also be modern and edgy when done right. I won’t claim that I’ve successfully made orange edgy, but I’ve made it cute, and for me that’ll have to be close enough. 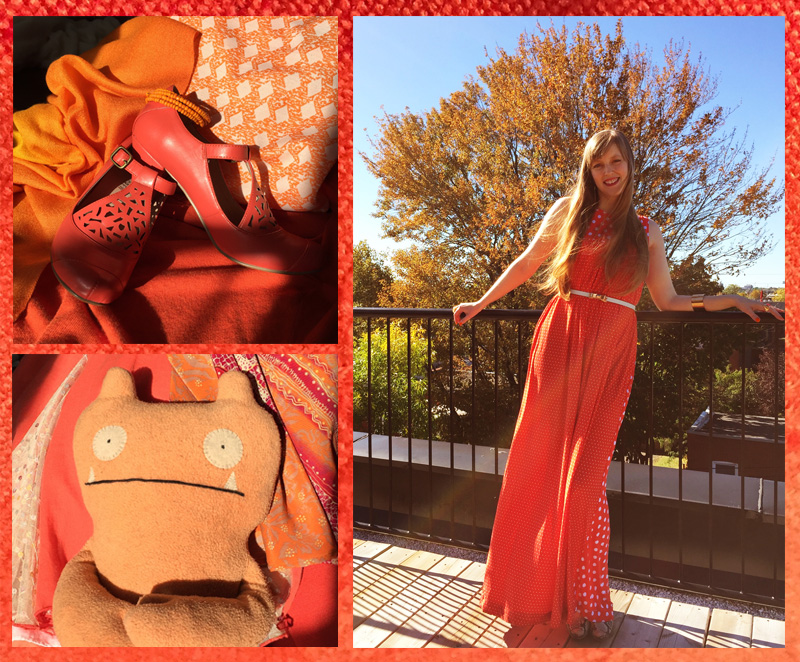 I made this maxi dress because I wanted something to cover my legs in the summer so as to avoid wearing sunblock. As someone who is both anemic and Scandinavian, I cannot be out in the sun for more than two minutes without bursting into flames, but sunblock is gross, and I’m lazy. Turns out though that maxi dresses are kind of difficult to walk in. They’re great for standing still while the fabric sways in the breeze but when you’ve got somewhere to be a long skirt can trip you up, quite literally, especially if you’ve not hemmed it properly. How did women do it back in the day? I guess they were so busy being considered the property of men that getting their legs wrapped up in their skirts was the least of their problems. 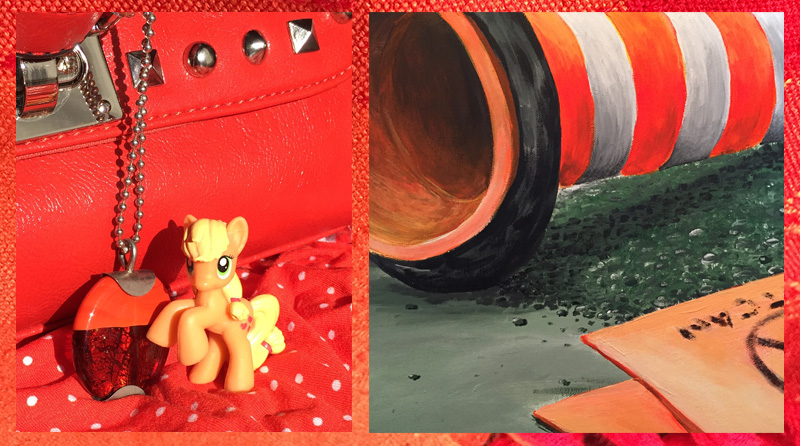 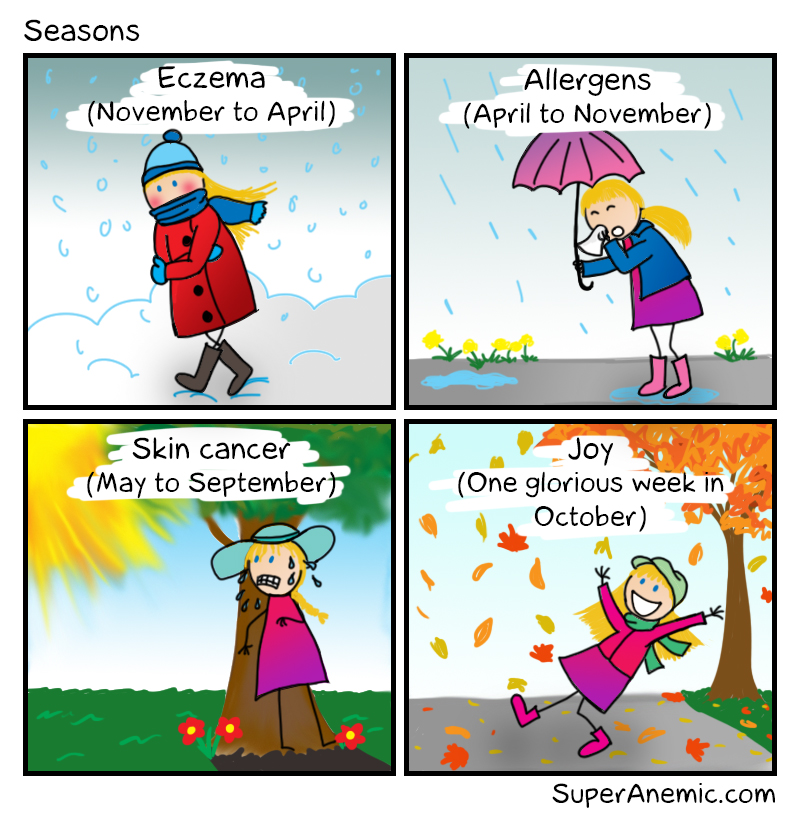