It’s Thursday and there’s no school tomorrow, yippee! That’s especially good because I just got my period but really bad ’cause Jacques is coming tomorrow. I hope his plane crashes. Should I feel guilty for saying that? Ahh, who cares!

I’ve written about Jacques before and how I hated him but can’t quite figure out why. Just reading his name now, as I was transcribing this, gave me the creeps. What did he do???

I like myself at the moment, I’ll say why but let me begin at the beginning. I’ve been feeling petty stupid because I never signed up to get my grad photo taken and now it’s too late, but I didn’t because at first I didn’t know it was for the yearbook and the teacher (idiot!) forgot to give us the notice papers about all this. So when the time came for grads who somehow missed getting it done to sign up again I was like, I guess I’ll go sign up Friday but Friday school was cancelled due to freezing rain! I guess I might have gone Monday but I was like, why bother, I have no friends anyway, who cares?! Then Wednesday I felt even dumber ’cause in drama we couldn’t go to the auditorium for some reason so we went to the fishbowl and I sat on gum! So I had a big wad of pink gum on my white jeans for the next class and it was really embarrassing ’cause I had to go up to the front of the class to say my speech for public speaking. God, I almost died. But the speech went well enough even though I spoke too fast. Today, this morning, I was feeling disappointed ’cause i didn’t get chosen for the semi-finals and it’s not fair ’cause half the class wasn’t there yesterday so some who might have voted for me didn’t (but I probably wouldn’t have gotten enough votes anyway, with my touchy subject [does God exist?]. It’s just as well not so many people were there so they didn’t see my bubblegum ass!) So anyway, as I said I got my period so I was having major cramps in my classes before drama and when drama came around I was praying to Q I wouldn’t have to say my story. I went to the bathroom and before I went into the auditorium and crouched down into the hall and cried, that’s how bad I felt. So I was all uncomfortable in the class and then Mr. Whitmore goes: Nicole, you’re next! So I’m like, oh shit! But I went up there and my cramps subsided and I said my  Echo and Narcissus story. I mixed up some lines sometimes but no one noticed (except Jane of course, who I practiced on). Everyone really liked it! Especially Mr. Whitmore who said it got a 95%. He also said I would have made a good Helene in Midsummer Night’s Dream (the play he was gonna do but didn’t). So I’m pissed that I didn’t gt the chance to be Helena in a school play but I’m still feeling pretty good from that uplifting compliment. Sigh, life is worth living.

P.S. Mom is afraid of losing her job because… boy it’s a long story, worthy of TV. But I won’t tell it, I’ve written enough.

Yeah, god forbid you write anything interesting that isn’t all about you. I now have no recollection of what this TV worthy drama was, except that my mother’s boss was quite the piece of work.

P.P. S. Hey, did I ever write about x-mas vacation? I didn’t? Well, it was great. I got two new porcelain dolls. I love them. My other gifts were cool too. I was on the verge of happiness then, more than I am now. I really hate school I guess. Cegep application time soon, ahhhhh! 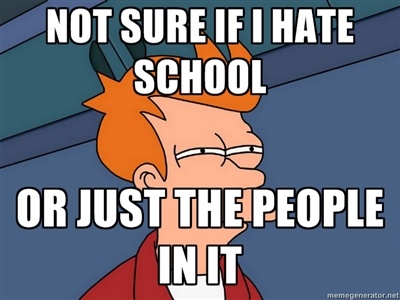