Gingham evokes a lazy Sunday picnicking in the park, but picnicking in style, with everything coordinated. Your best best bet is to match your dress to your picnic blanket, and to giggle delightfully while taking barely perceptible bites of cherry pie. Once the meal is done, roll around in the blanket, and declare yourself to be invisible. This is peak picnic. Your guests will be highly amused, which will prevent them from calling you Half-Pint or making any other Little House on the Prairie jokes. As such, you will have won the day. Celebrate by scarfing down the leftover cherry pie while wearing pajamas and binge watching Little House. You deserve it. 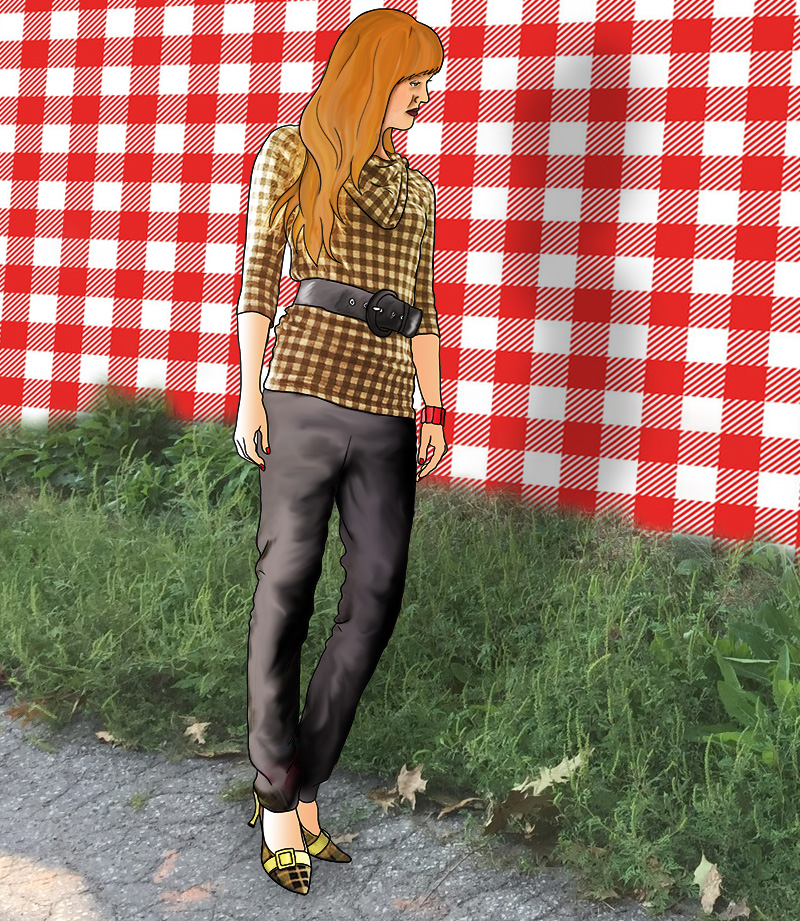 Argyle is the ideal pattern for a student trying to learn things. Professors trying to teach things can also benefit from argyle. It is a scholarly pattern, sophisticated, and intellectual. It’s upper-crust, but still accessible to us regular folks with high aspirations. I honestly don’t know how anyone could ever absorb any information about anything if they’re not wearing argyle. It would be like trying to bake cookies without sugar. Entirely doable, but it sort of misses the point of the cookie. What even is learning, if you don’t look the part? 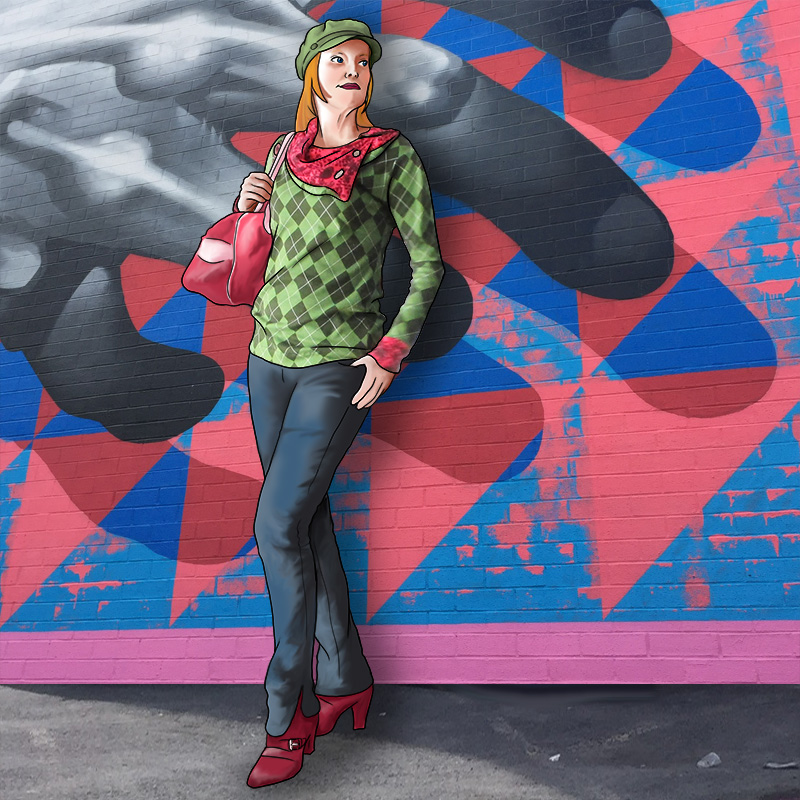 Argyle’s also good for just strolling down the street in a jaunty cap. It’s a multipurpose pattern.

Houndstooth is traditionally a symbol of power. Originally intended exclusively for menswear it is now a gender neutral pattern (is any pattern gendered anymore?), but one that still conveys a sense of English countryside power, and an upper crust sensibility. Wear a houndstooth suit to your next board meeting and watch as your colleagues sit in rapture of your fashion sense, and then promptly fall asleep during your presentation on the latest TPS reports. (I mean, it’s a cool pattern but your slideshow is still dull as hell). 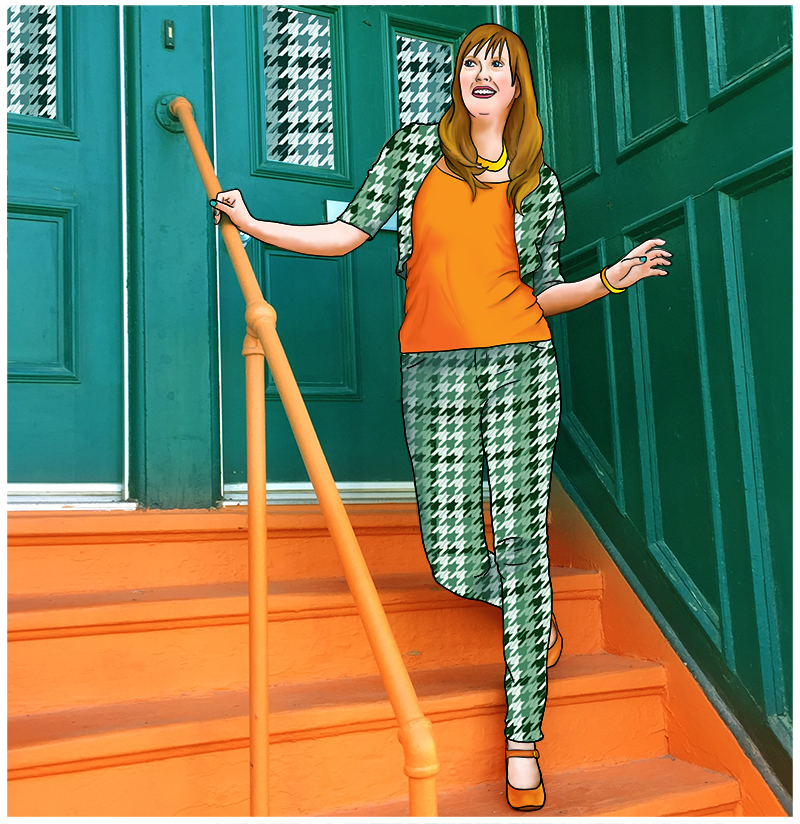 As the weather gets colder, fool yourself into believing it’s still summer by wearing a tropical print. Flowers, palm fronds, and exotic birds will help you feel warm and cozy, even as your delusion leads to shivers, and eventually, frostbite. But at least you’ll look good. Actually, you’ll probably look like an idiot. You’ll be like one of those club kids who go out in the middle of February without a coat on because they don’t want to pay for coat check but are perfectly willing to pay astronomical prices for watered down drinks. Don’t be a club kid. Just wear a damn coat! 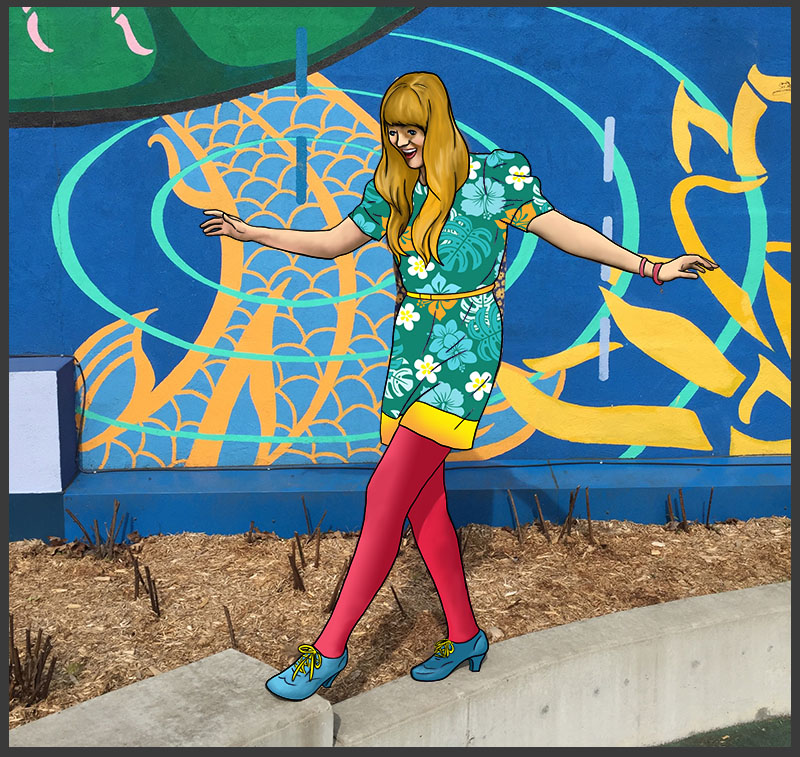 Scallop evokes the scales of a fish, or perhaps an enchanting mermaid. Deploy your scallop in a bright colour, or even multiple colours – an ombre is ideal – in order to maximize your mesmerizing moments of magistery. If anyone mistakes you for a mythical creature while in such a state, simply tell them to bring you a lump of coal, which you’ll turn into gold, and then, when their back is turned, jump into the nearest body of water and swim away, as wearing scallop will undoubtedly turn you into a mermaid for realsies.* 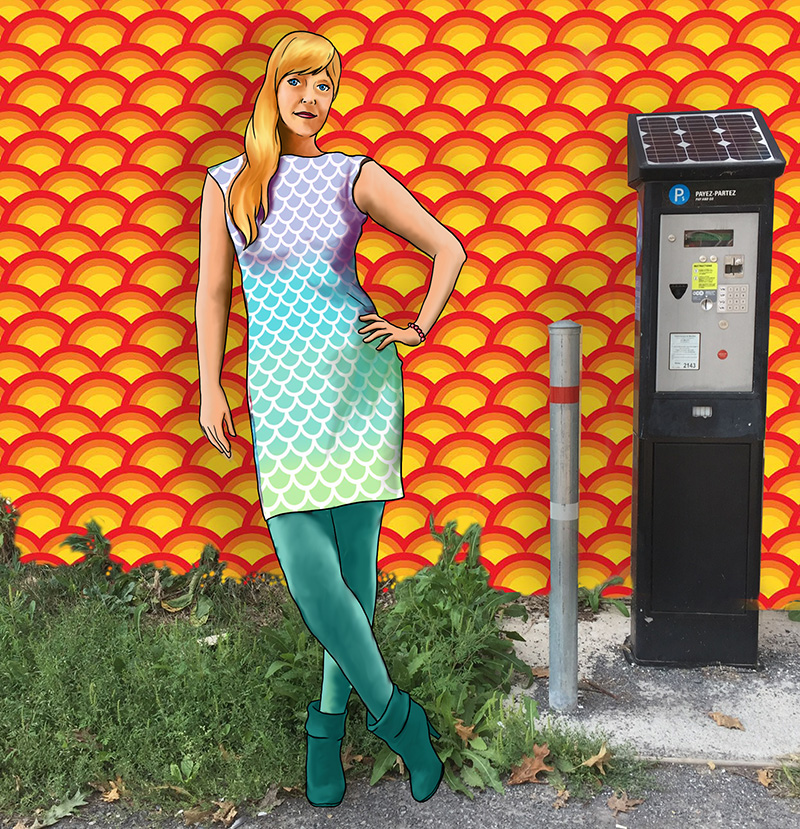 *I can’t fully confirm this to be true as I don’t actually own anything in scallop.

Paisley is a sophisticated pattern for a modern woman on the go. And by modern woman on the go I mean leisurely lady of a certain age moving at a languid pace. It’s a bold pattern, but also a slightly confusing one because it’s very loud and yet somehow also rather staid. This contradiction makes it perfect for the ladies-who-lunch set. Such women, while appearing cosmopolitan, tend to be among the most rambunctious creatures to be found among those who lunch on a professional basis. Try not to get between them and their dressing on the side lest you find yourself with a paisley clad elbow to the face. 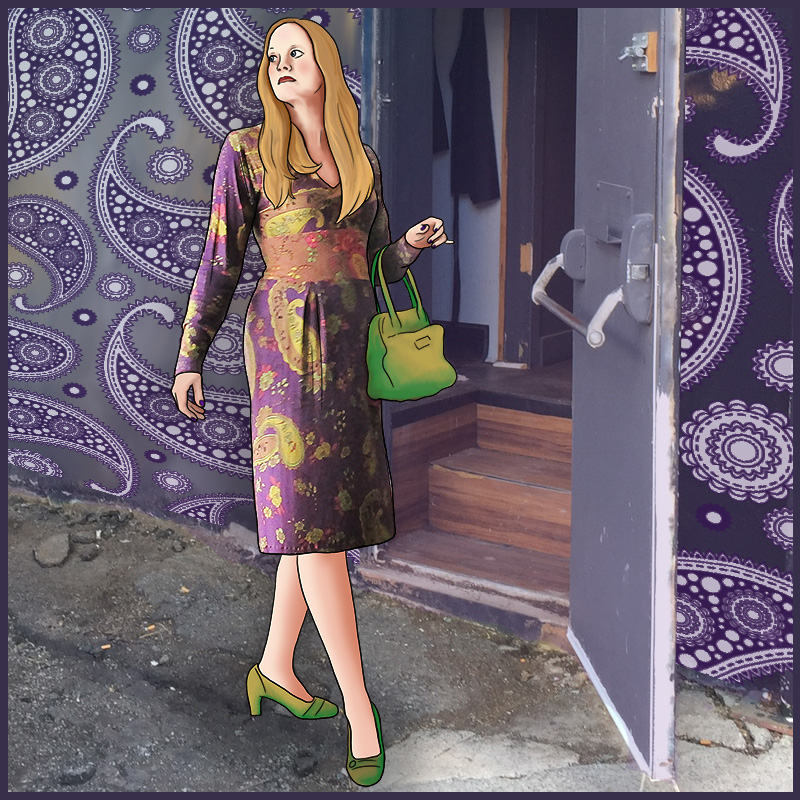 Chevrons are like little arrows pointing north and south simultaneously. They remind you that no matter which path you take in this life, it will always be full of regrets. There is no way to win, but with a kicky pattern and a cute belt, at least you’ll look good while wallowing in a string of inevitable failures. 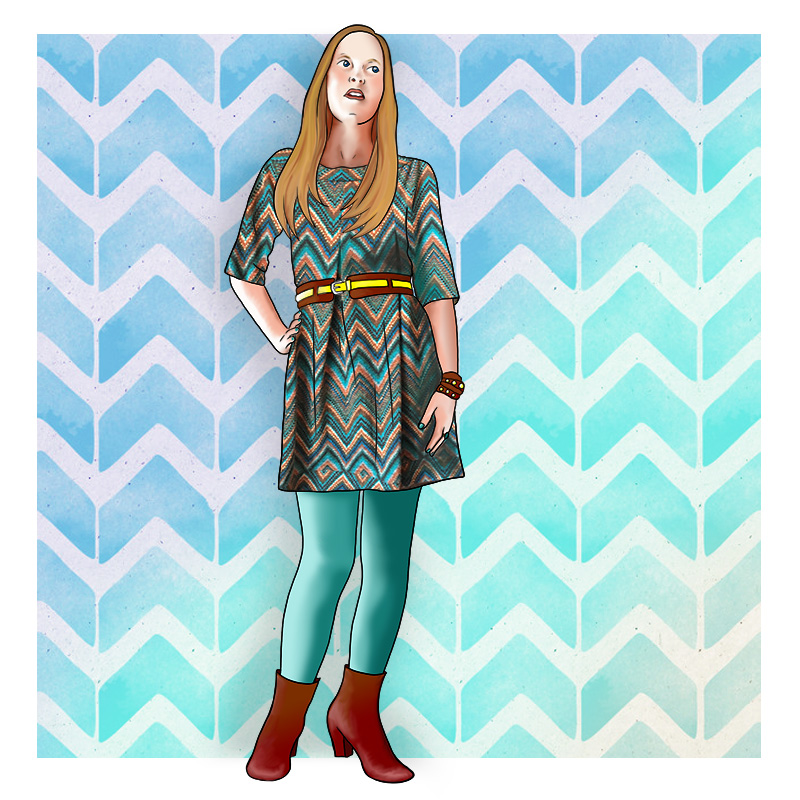 Tears are liquid sadness, and yet a teardrop pattern, while more melancholy than a polka-dot, is nevertheless more upbeat than one might imagine. The pattern seems to be falling, but perhaps also rising. It oozes and seems malleable but also contains hidden depths. It’s a great pattern for a day dress that showcases your enigmatic personality. 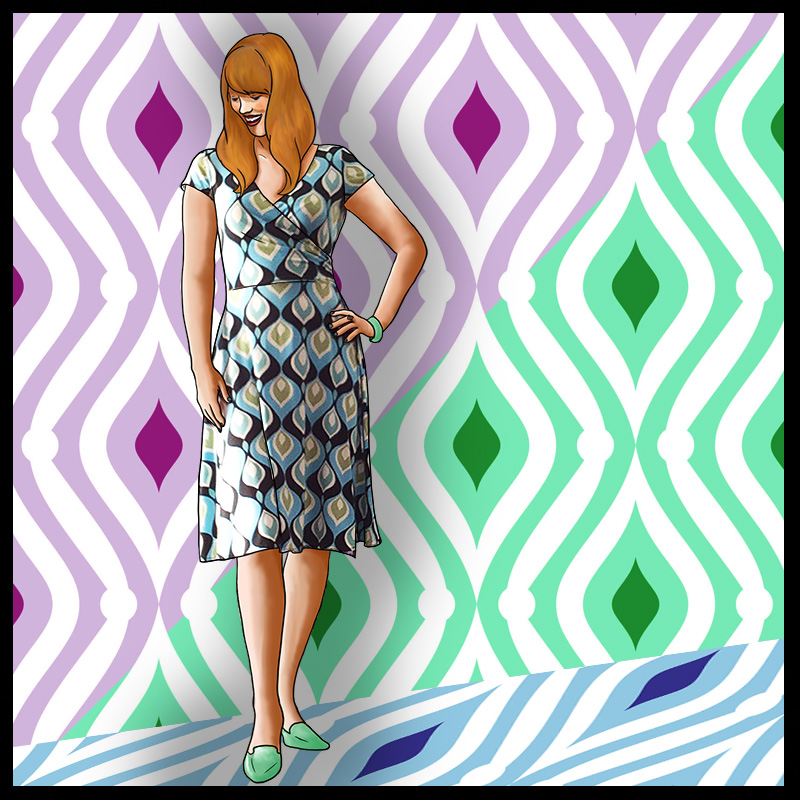 You can’t beat damask when it comes to fanciness factor. If you’re throwing a high-end dinner party, be sure to decorate your dining room with damask wallpaper, and damask drapes, and a damask tablecloth, and wear damask too, from head to toe. Peak damask is peak fancy shmancy. But don’t mess with damask, or damask will mess with you, and by that I mean I’ve said the word damask so many times now that I don’t even know what reality is anymore. DAMASK! 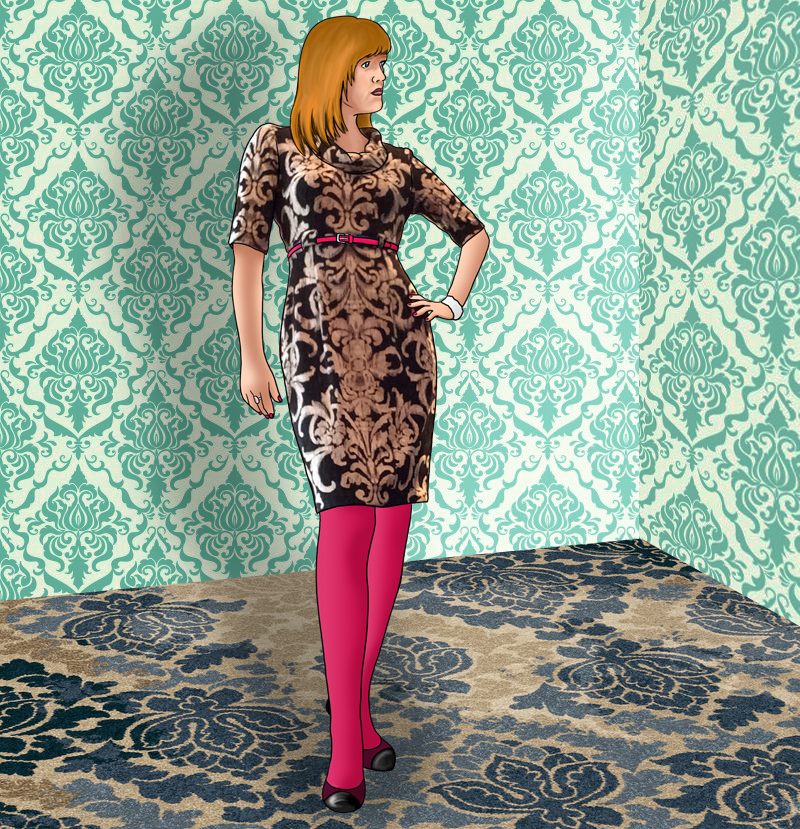 Being a smart woman who knows what she wants in today’s world means being aggressive and unafraid, passionate and driven. What better way to express such animalistic yearnings than by wearing an animal print? My favourite is leopard but feel free to experiment with zebra, tiger, crocodile, or heck, even giraffe! Any animal print will convey the idea that you’re a wild and sassy go-getter! But if you’re wearing the actual skin/fur of an actual animal, well, that conveys an entirely different message that will arouse a variety of reactions, depending on context and the people you surround yourself with. I’d say in today’s cultural climate it’s only safe to wear, say, baby seal fur if you’re in the actual arctic, living off the land and such. 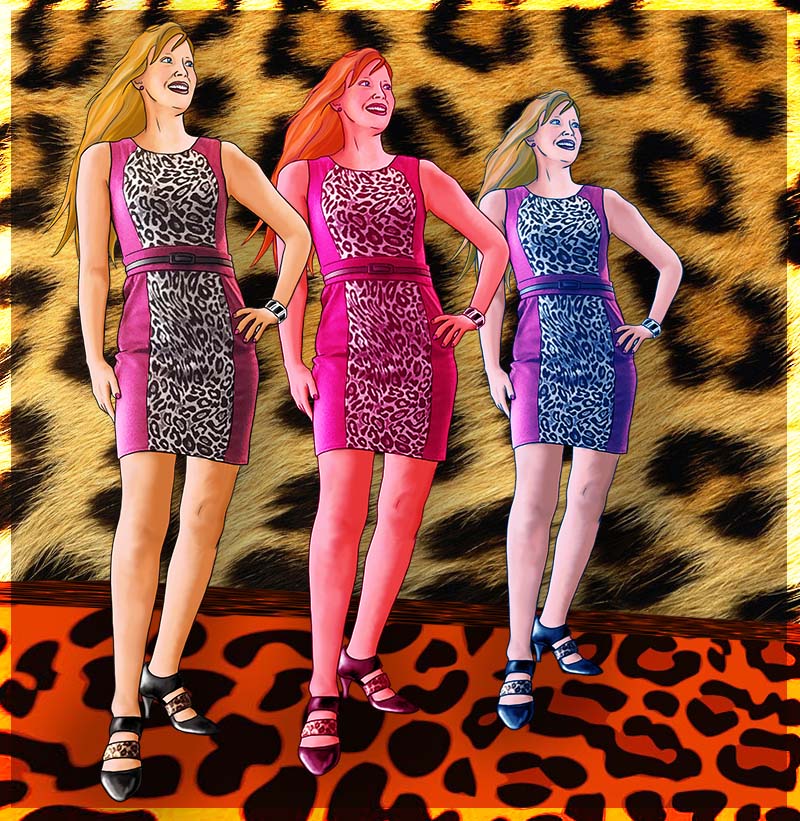